Films are something that makes a great impact on our minds. Word Cinema makes you curious to know more and more about it. The motion pictures bring joy and happiness to every Indian face or around the globe faces. That is not only about the kids in the millennium era, it fascinates all the people like us.

From the black and white movies we are at the stage of using all the animations and technologies in our movies further “no comments” you can see these drastic changes. Although there is no such evidence in the history of the starting point of cinema, still some eras are considered in our history. Here we will discuss some cinematic eras. Let’s dive into it: 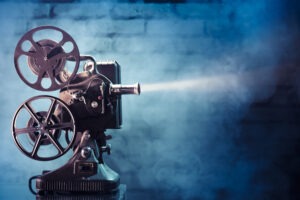 At the end of the 1910s, Dada Saheb Phalke has introduced the film in Indian Cinema “Raja Harishchandra”. He is known as the “Father of Indian cinema”. Although it was a silent film, little did he know that he was giving birth to an art form whose sound echoes around the world. His initiative motivated the rise of other filmmakers in our country India. After 2 years of Raja Harishchandra’s new film was launched  “Alam Ara” it was the first motion picture with a sound that was released in the direction of Ardeshir Irani. The color pictures sowed via ‘Kisan Kanya’ which is directed by Moti B Gidwani in 1937.

The end of the British Raj as “The Golden Era” begins from the 1940s to the 1960s. Also, parallel cinema came into existence during this period, and Bengali filmmakers like Ritwik Ghatak, Satyajit Ray, Mrinal Sen, and some others were the pioneers in these big contributors. It was the impact of Bengali literature and Indian theatre which gave rise to parallel cinema. And its influence was uplift in many parts of the country, as well. Especially, in the southern part of India, filmmaker Girish Kasaravalli from Karnataka was one of them to carry the torch and introduce it to the Kannada audience. 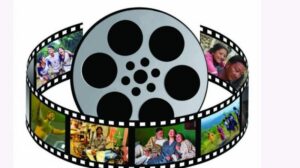 Now the 70s era comes with proper action dance, songs, fights, and heroism in the Indian film industry. It was the time of full-fledged commercial films. They have always been fertile in consuming the audience with their intriguing content. Be it with the typical family drama, a stereotypic love story, or Shahrukh Khan’s “Palat” theory. That was the time in which Indian cinema has left its mark on the global platform through actors like Aamir Khan, Amitabh Bachchan, or many others.

We can say that Indian cinema has always been rich and will keep growing in the terms of the content, printing, and market collection of its impressions on a global audience. Hope this post is useful for you.